Hello hello, everyone! We hope you’re having a great day so far. Welcome back to another “Best Of” compilation from Team Visionary. Today, we’ll be covering some of the newest Minecraft Survival Spawns on the Minecraft Marketplace for June 2021.

Survival Spawns, or Maps, are perhaps some of the earliest custom “gamemodes” introduced in Minecraft. The premise is simple: creative content creators create a map with custom builds, mechanics, gameplay and maybe even command block scripts. 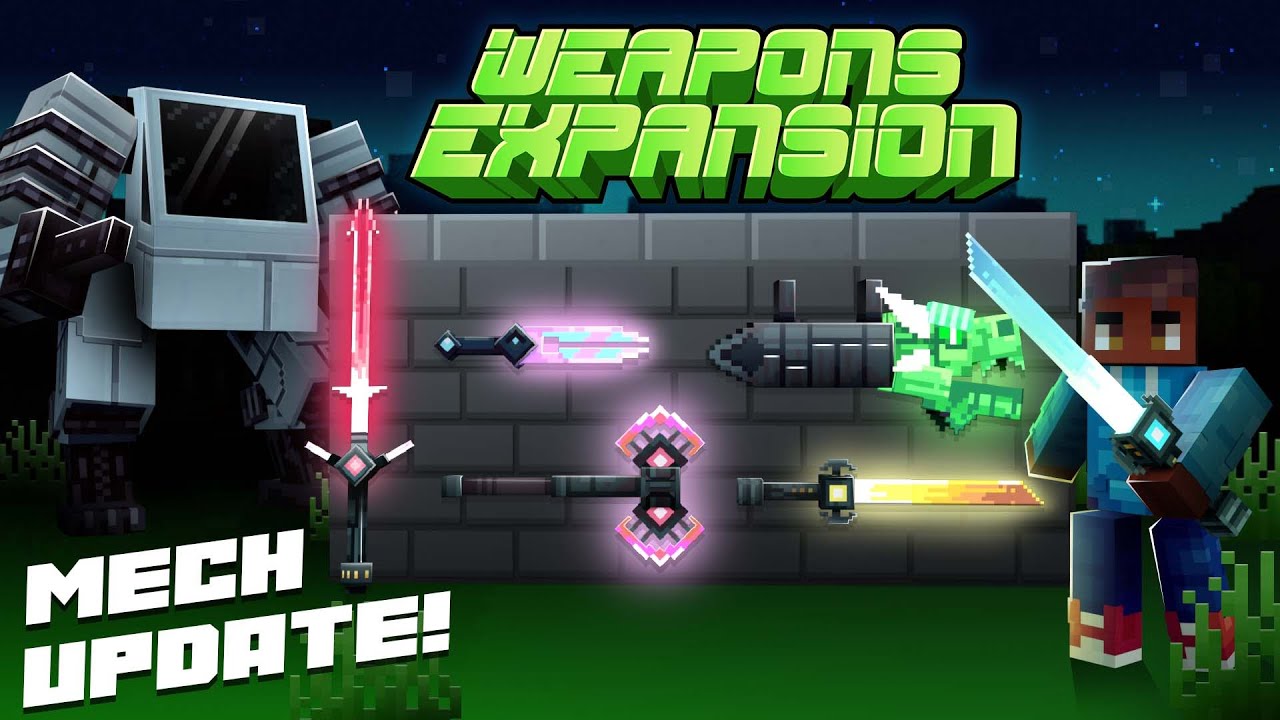 Vanilla Minecraft comes with a variety of weapons, and every update brings us more. However, while swords and tridents are cool and all, but let’s be real, sometimes it leaves you wanting for a little more dynamic combat. If you’ve ever found yourself wanting cooler weapons in Minecraft, then boy, do we have the survival spawn for you! Weapons Expansion SCI-FI by Shapescape adds in over 70 brand new weapons for players to craft and use in combat.

Each weapon is completely unique and comes with their own mechanics and feeling as you wield them to fight off fierce attackers. They also each have their own animations, which allows for tons of different playstyles. Stay at range and take up laser blasters to hit targets from a distance or pick up some gauntlets to go face to face with foes twice your size! For those of you with established survival worlds already, there’s also the option to upgrade your vanilla weapons into these upgraded sci-fi weapons, craft turrets and other mechanisms to assist you in battle or to defend your base. Once you are set in the world, you can look forward to getting yourself a flying vehicle to assist you in your travels. Overall, this is hands-down the best Minecraft sci-fi weapon pack on the marketplace, perfect for any futuristic maps or RP for you and your friends.

If you are looking to read something different we recommend reviewing the Team Visionary minecraft house interior news section. 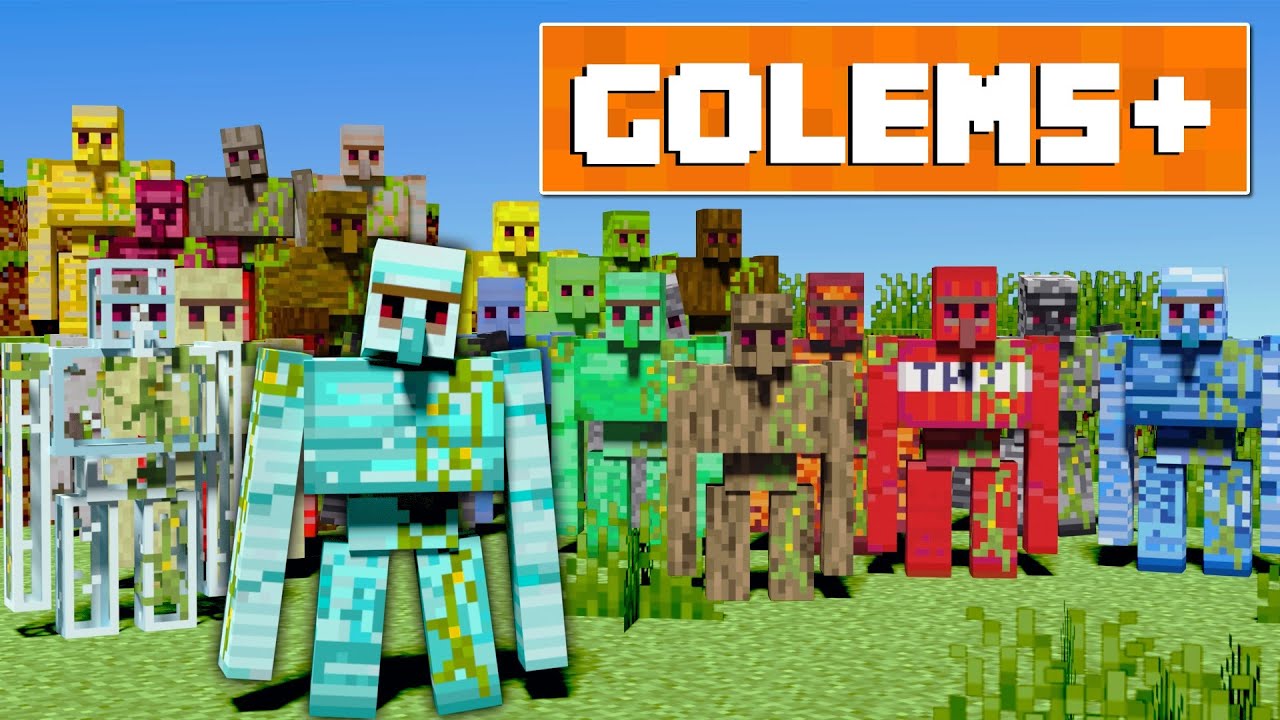 Remember the first time we encountered an iron golem in a Minecraft village — and, god forbid, hit one? For a new player, an iron golem is certainly an unbeatable sentinel of great force and strength. Unfortunately, the requirement of four iron blocks might be a little difficult to get from the get go for some newer players. Golems+ by Lifeboat is a fantastic survival spawn that aims to change that!

Craft 22 new iron golem variants to defend you and your base against the mobs who try and take them. These golems range from glass golems who break in one hit, ice golems who freeze the water around them, slime golems which jump and divide, to diamond golems who might just be the strongest of them all. But there are more kinds of golems than those of the iron variety, don’t forget about snow golems! This spawn also adds 16 new variants of snow golems for you to try and explore. You can also use these new golems to fight the new wither variants that this spawn introduces, which are sure to test your might and skill!

One Block! By Pickaxe Studios 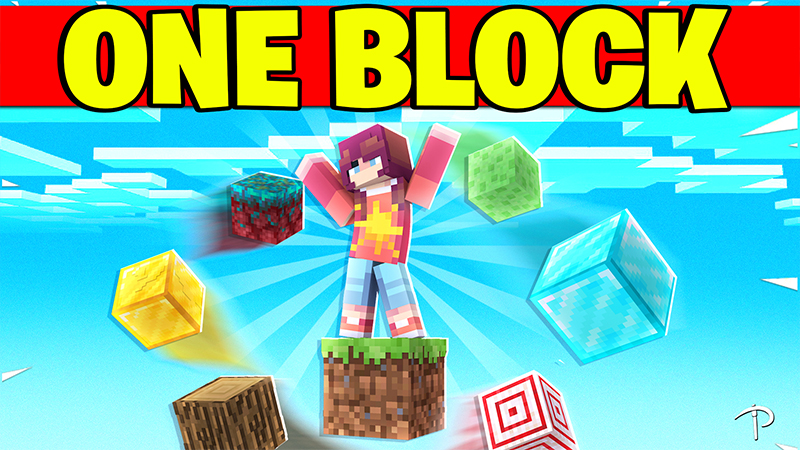 This survival spawn rifts off of the classic one block mod / world that was all the craze a year or so ago, to your minecraft world. You spawn in on one single block, which you’ll need to mine to get new blocks. After you mine the first block, you’ll be able to wait some time and a new block will spawn, but this block will be random and different from the previous one.

As you mine this block more and more it will slowly upgrade and level up to different blocks. Use these random blocks to craft items and build structure, or use them to build over to the other islands that will be in your world. Expand and take over your world with the randomness of one block! 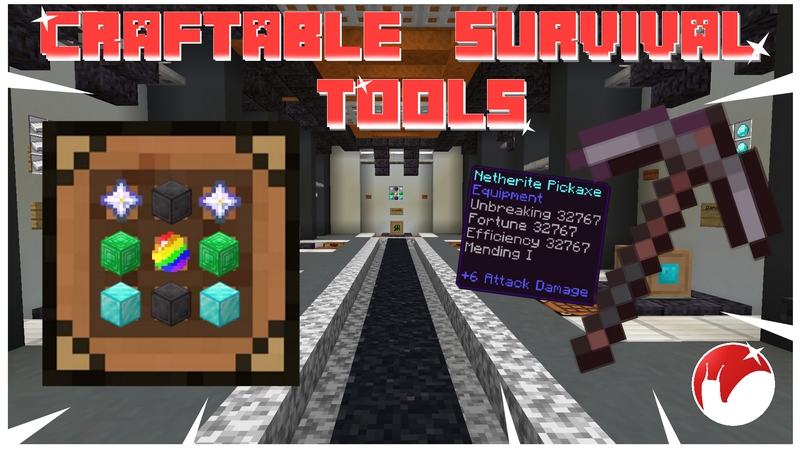 Upgrade your vanilla Minecraft survival gameplay to its final form by trying out this awesome survival spawn! Craftable Survival Tools by Snail Studios adds in recipes to craft some amazingly powerful tools to use in your personal survival world.

These tools will help you far exceed what you can normally do in vanilla gameplay, letting you test the limits of tool enchantments. Not only does this survival spawn add in 9 new exciting crafting recipes, it also comes with a ton of godly and powerful tools, 9 custom craftable loot boxes, and a secret underground base that you can claim all for yourself.

Stone Challenge by Dig Down Studios 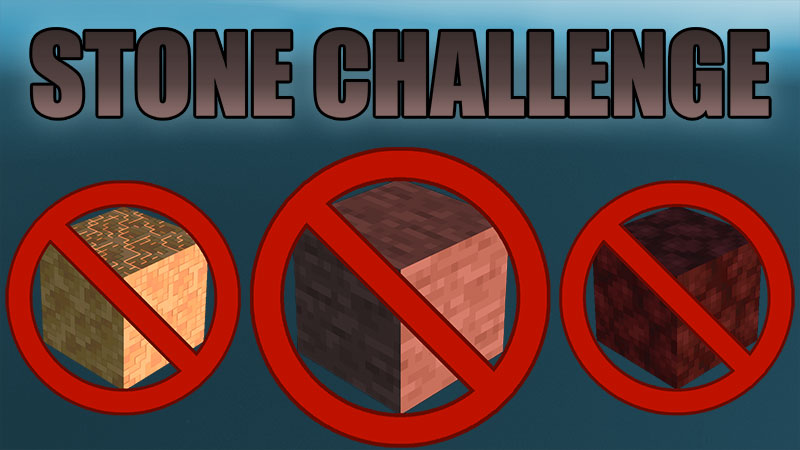 Has normal vanilla Minecraft survival become too easy for you? Have you mastered the art of speedrunning from punching wood to killing the ender dragon in less than a day? Stone Challenge by Dig Down Studios is just the right map to shake things up a bit. This challenging map makes it so that all stone blocks are no longer spawned in your world.

You’ll spawn into your brand new Minecraft survival world, only protected by a thin small layer of dirt before you fall between the mass of ores underneath. But that’s not all! Just to make sure that the difficulty level of this challenge is off the charts, filler blocks from other dimensions — that is, netherrack and endstone — are also removed. Will you be able to beat the game without the ground beneath your feet? Try and see for yourself.

And there you have it! We hope that this article helped you find the perfect Minecraft Survival Map to kick off the new year.

Looking for a more cooperative experience than just survival? Check out our Newest Maps of May 2020 for more options to play with your friends.