Welcome back to another “Best Of” compilation from Team Visionary with 5 of the Most Unique Minecraft Survival Spawns for August 2021 on the Minecraft Marketplace.


Survival Spawns, or Maps, are perhaps some of the earliest custom “gamemodes” introduced in Minecraft. The premise is simple: creative content creators create a map with custom builds, mechanics, gameplay and maybe even command block scripts.

Skyblock Upside Down! by Fall Studios 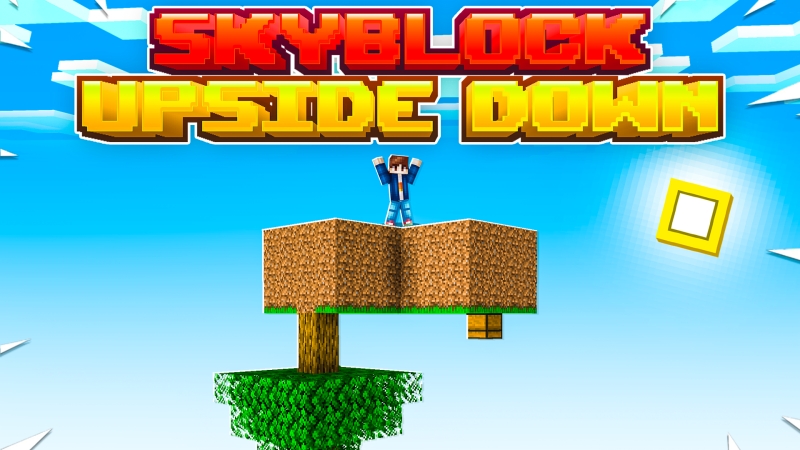 If you’ve spent more than five minutes on the Minecraft Marketplace, you’re almost certain to have seen some of the different versions of Skyblock that the marketplace has to offer. From differently themed islands and biomes to completely different game mechanics, you can find just about every sort of variation on the Skyblock gamemode. Skyblock Upside Down! by Fall Studios, however, takes the tried and true gamemode and turns it on its head… literally!

This map is sure to provide a unique experience that you’ve never seen before, regardless of how much of this explosively popular gamemode you’ve played on servers, realms and survival spawns. In this challenging survival spawn, you’ll need to view Minecraft in a completely new perspective — upside down! Everything in your new Skyblock world will be flipped horizontally; you’ll be spawning on the underside of an island, and you’ll find your trusty Skyblock tree and chest of items under your island. From this point on, you’ll need to do everything while the universe is completely upside down, and if you manage to defeat the odds and gather enough resources, you’ll face off against the Ender Dragon in an upside-down End! This spawn works well solo, but is also completely playable in co-op, if you have some friends.

Obsidian Challenge by Dig Down Studios

This unique survival spawn will really bring the challenge to your table! Obsidian Challenge by Dig Down Studios completely changes the way you’ll play the game by making one simple, small change to the game mechanics: every block that you walk on will be replaced instantly by obsidian! This change is especially devastating in the early game, when mining obsidian is next to impossible and one careless move could ruin your base and cut yourself off from valuable resources.

Will you be able to make it to the Ender Dragon with this challenge active in your world? (Remember that any and all blocks will change, even the ender portal frame blocks…) Once everything’s been said and done, reset the template and make some beautiful new builds for your world! This challenging survival spawn will not only provide a fun and intense gamemode, but also over two thousand three hundred commands for you to use! Why not also take a look at the Team Visionary Minecraft Skin making tutorials and resources today. 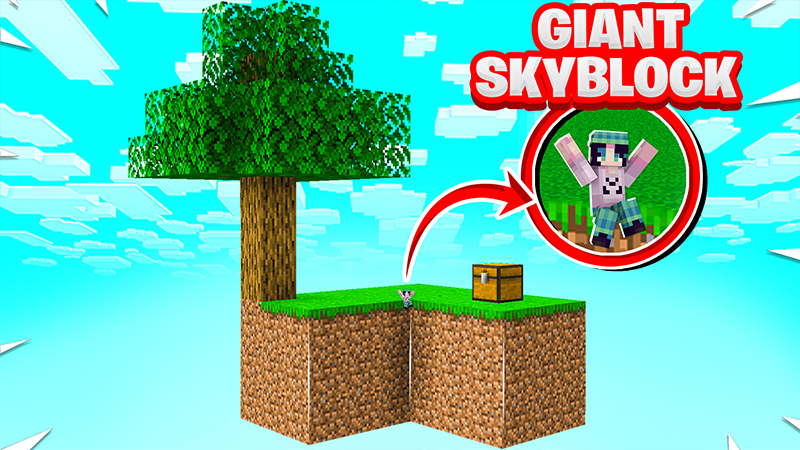 Just like all the other maps on this list, this survival spawn takes a tried and true idea and adds a unique twist to it. Skyblock Giant Blocks by Pickaxe Studios does just about what it says on the tin — loading this map up will see you spawning on a Skyblock island… made out of massive, giant blocks!

Each island has its own massive, unique resources that you’ll need to scavenge in order to proceed. Every resource that you find in this world is limited, so make sure that you use each one carefully, taking care not to throw any away — who knows what you’ll find yourself needing to use later on! That being said, the world itself will provide you with everything you need to beat the Ender Dragon plus a little bit more. Plus, this map is amazing for both singleplayer and multiplayer worlds, so tell all your friends! 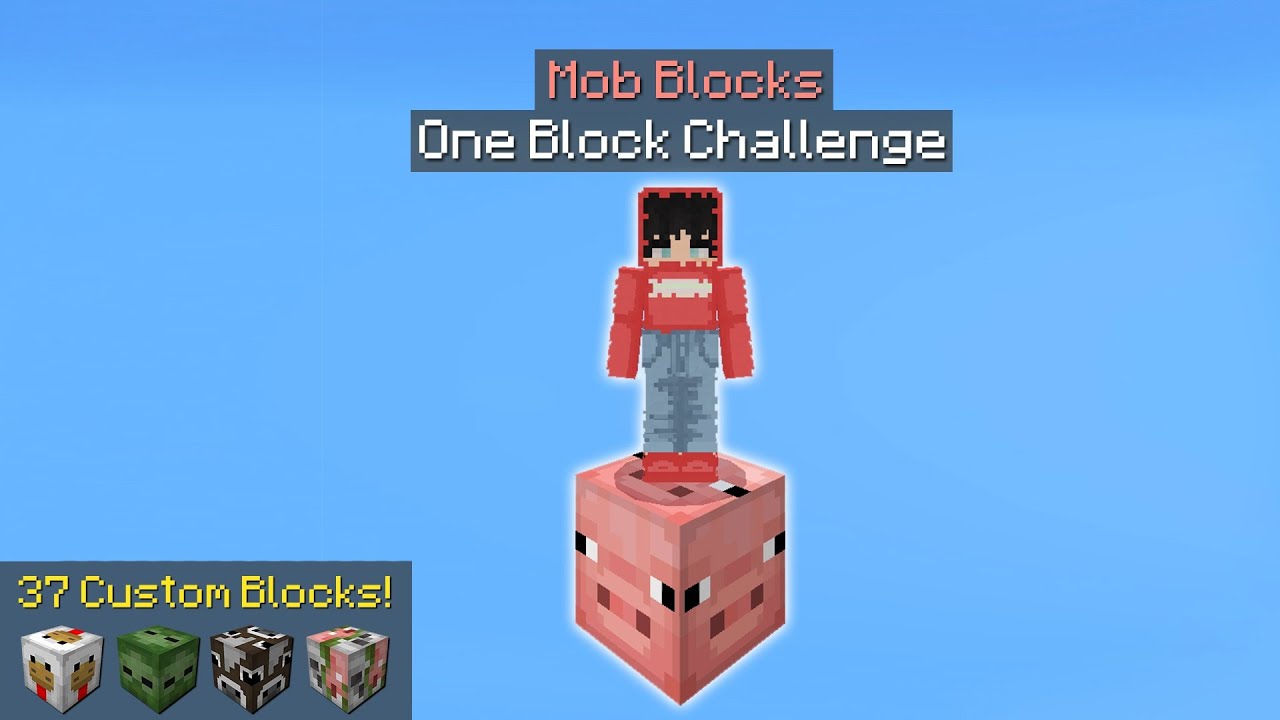 Mob Blocks One Block Challenge by Lifeboat has one long title, but sit tight, because we’ll explain it all. This survival spawn adds a ton of new blocks for you to mine in the popular One Block gamemode. Each of these blocks has the face of a mob plastered on them, and when you mine them, they’ll give you the drops of that mob! So, if you need some food, look for a pig block that will drop pork when you mine it… and if you’re in a blasty mood, mine a creeper block for some gunpowder.

Each time you break a block, a new block will take its place. You’ll be using these new custom blocks and vanilla ones to progress you and your friends along until you’re ready to face off against the Ender Dragon. This spawn comes with access to the one block mode that has 37 custom mob blocks, 20 skyblock islands, and original and skyblock modes to play — talk about bang for your buck! Learn how to make Minecraft Adventure Maps with the learning resources at Team Visionary. 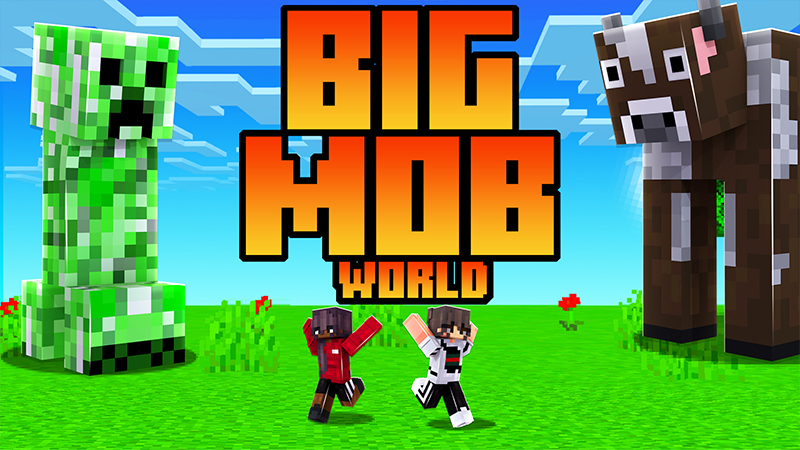 Who doesn’t love all the cute little critters of Minecraft? Ever wish that your little pets could be bigger? Imagine having a massive dog by your side! Well, with Big Mob World by Pickaxe Studios, you’ll be getting exactly that, and a little extra as well. All the mobs and animals in this spawn are absolutely massive compared to their vanilla counterparts. Be careful not to let these supersized giants take over your world!

Fight against them and even tame some animals of this brand new world. This world will come with a giant castle that matches the giant theme of the pack, and one whole village for you to explore and make your own. Getting this spawn will grant you all of the super sized big mobs and a beautiful castle spawn, all in one.

And there you have it! We hope that this article helped you find the perfect unique Minecraft Survival Map to play with your friends.