Hello everyone! We hope that your October is going well. Today, we’re here with another resource pack compilation. As we all know, Minecraft is a great game for all sorts of players, but its graphics — while charming — can seem a little bare compared to the hyper-realistic game engines out there today. However, it doesn’t have to stay that way! With resource packs, you can change almost everything about your Minecraft game, from models and textures to the music and sounds.

Sometimes, Minecraft’s textures are more than enough to suffice for what you’re playing. But sometimes, you might want to experience something a little more HD than 16×16 pixels. Look no further, we’ve got you covered! Our list of 8 Best Modern  and Futuristic Minecraft Resource Packs is sure to have something for you, whether you’re playing on a sci-fi themed survival map or if you’re playing with friends on a server set in the future 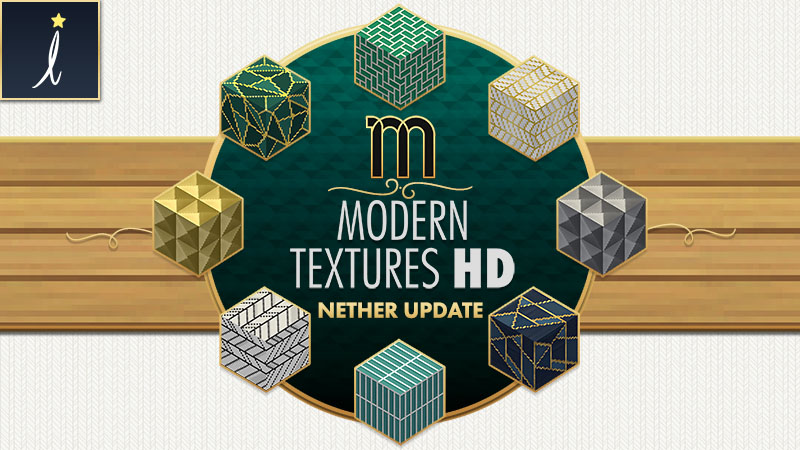 Starting us off is the aptly named Modern Textures HD by Imagiverse. Building a modern twelve-bedroom mansion for your friends in your survival world, or a homey little modern apartment just to live in yourself? This pack is absolutely perfect, coming with beautiful and sleek 32x textures — not ridiculous enough to start a campfire on your PC, but double the detail of normal vanilla textures.

What stands out most in this pack is the magnificent interior options. From every wallpaper variation to modern, minimalistic lamps, vases and decor, the pack brings so much to the table in terms of stylish, chic interior design. This pack also comes with re-imagined mobs, completely updated block and item textures and new game music and party tracks on records! Perfect for hosting that mansion party on your Minecraft server. 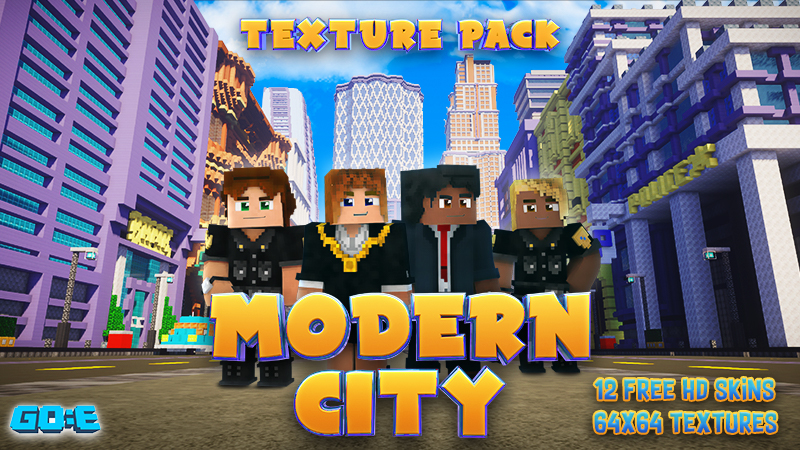 This super modern and minimalistic texture pack paints every block in your Minecraft world with a bright, fresh and beautiful new look. Modern City Texture Pack by Goe-Craft (these packs are certainly beautiful but the names might use a pinch more creativity) does exactly what it says on the tin, providing the perfect palette to construct your modern city with.

From the animals to the flowers, everything is artfully drawn and designed to look clean and realistic. Even the monsters have been rehauled: creepers are now cyber-enhanced robots, and the skeletons clad in torn and gritty clothing. A ton of blocks have also been redesigned from their original purposes, like ladders being bright white and used artfully in their example pictures to represent vents on the wall. Overall, this is a great texture pack for any modern or futuristic setting. 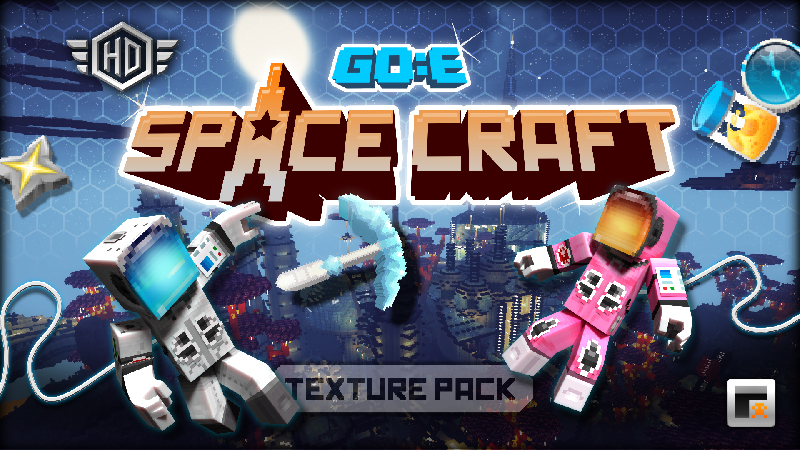 Another beautiful pack creation by Goe-Craft, the Space Craft resource pack blasts past “modern” and lands squarely in “futuristic scifi”. Now you can explore the newest space-themed mash-up packs and survival spawns without a single hair looking out of place! Use this creative resource pack to build your Mars colony, star base or even a galactic cruise ship.

The monsters and mobs in this one look incredibly cool, with cybernetic implants and other space travel equipment. Other notable mentions are the chests, which are textured to look futuristic and metallic, as well as the windows and glass, which now look like thick, reinforced windows that can keep you safe within your space base. The pack also comes with 6 HD galactic themed skins, so that you can look the part too as you conquer the infinite galaxies beyond! 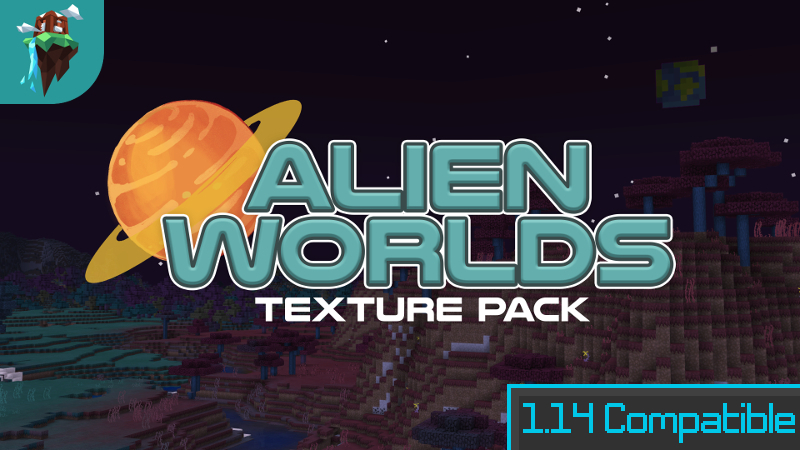 Set in a dystopian future where Earth has crumbled to ruins from factors unknown and humanity has expanded into the distant stars and alien worlds, the Alien Worlds pack by Polymaps takes on the tried and true sci-fi resource pack genre and puts a unique spin on it. While there are blocks to resemble futuristic space station aesthetics, the pack also transforms the rest of the world into vibrant and foreign alien worlds to explore. Creatures, trees and even the grass look completely different, turning our familiar game into an entirely new experience.

Alien Worlds provides the perfect pack to roleplay in a space exploration – themed server with friends, where you and your group fight off parasites, infected space travellers and other custom aliens to rebuild the lost civilization of mankind. To fit the theme, this pack also comes with a dark theme and custom font! 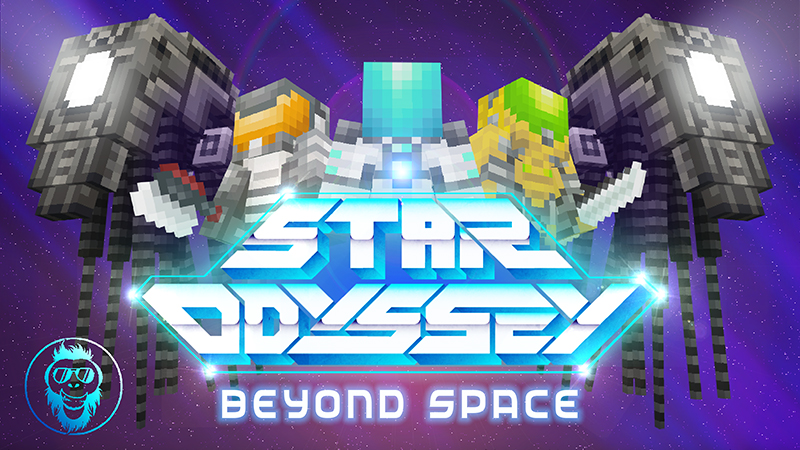 Star Odyssey: Beyond Space by Odd Block is one of the most detailed and well-done futuristic / space travel resource packs on the market. Every single block has not only been retextured but reconceptualized to fit into the aesthetic of the pack. Despite not being HD enough to affect performance, every single block is textured with detail that really shows the passion that the team has for their craft.

There are also custom signs and paintings that can be used to decorate the walls with sci-fi looking screens and charts. What’s more impressive than the blocks, however, are the custom models of the mobs. There are some truly alien looking ones in there, enhancing your immersion within the terrifying and unfamiliar new extraterrestrial worlds that the pack transforms Minecraft into.

Sometimes you want to chill in Minecraft and plant your wheat fields — that’s valid! But Minecraft is a game that lends to much flexibility, and it would be a shame if you didn’t roleplay as a rich millionaire throwing lavish parties in a hundred-bedroom mansion… or a space explorer lost in a hostile and foreign galaxy. That’s where these packs come in!

We hope that this list has given you new ways to appreciate the beautiful, explosively popular game that is Minecraft. Thanks for the read!